When expectations are high, and performance does not measure up, a crisis of confidence is a natural outcome. When that happens in the sanctified space of audit, the consequences are likely to be grave. What concerns do the recently perceived shortcomings in the area of audit throw up, and how should they be addressed?

NOT A GOING CONCERN

This is not about any company that is experiencing terminal decline and impending disappearance. This is about a concern that has occupied significant mindspace in the recent past, and is unlikely to go away any time soon.

Developments relating to the auditing profession have been swift, as well as stunning, in their impact. In the past few years, there have been a few cases of auditors not having measured up and, consequently, the quality of audit leaving a lot to be desired. Halfway into 2020, we have had three pronouncements, which have collectively dealt a body blow to the comfort levels within which the auditing profession had seemingly remained for several decades. In three separate orders, relating to the same audit, but to three different audit Partners, the National Financial Reporting Authority (NFRA) has come down heavily on what it has perceived as major failings on the part of the Partners associated with the audit. The three Partners associated with an auditing entity, forming part of the network of one of the Big four auditing networks, have been handed punishments involving monetary penalties of varying amounts as well as suspension from audit practice for varying terms. The orders of NFRA, having been expectedly challenged in the High Court, have been stayed. The long and tortuous appellate process, which will certainly see this matter go up to the Supreme Court for final determination, will continue to engage public attention.

With multiple charges against each of the three Partners having been dealt with in detail in their orders, NFRA came to the conclusion that the quality of audit had been severely compromised. There are two attributes that stand out in the orders of NFRA. They are “Independence” and “Professionalism”. On both these fronts, the three auditors have been found to have fallen significantly short of the expectations, consistent with their profession and their experience as auditors for several years.

Let us address “Independence” first. Every auditor, while taking up an auditing assignment, as well as during the periodic presentations to the Audit Committee of the Board, is expected to assert that she/ he and her/ his firm are truly independent of the auditee. This is the foundation on which the objectivity of the audit process, and the trust of the stakeholders is built. Without such assertion of independence, to the satisfaction of the Audit Committee of the auditee, the work of audit cannot, and should not, commence. It is therefore fair to conclude that in regard to every auditing exercise undertaken in India, the auditors concerned assert their independence.

Wherein lies the problem? Auditing firms because of their expertise have, from time to time, been engaged by the auditee entities for undertaking non-audit advisory or consultancy work. If an audit firm, undertaking statutory audit, is also assigned consultancy work, from which it earns significant income, it is reasonable to presume that it would have an adverse impact on the quality of audit that is undertaken. It has however been noticed that, in a number of cases, the audit firm does not itself take up the non-audit work, but such work is assigned by the auditee to the network to which the audit firm belongs. This approach facilitates the furnishing of a certificate of independence by the audit firm.

It is important to recognise that treating the concerned audit firm and the network as different entities, for the purpose of asserting independence, does not survive scrutiny. While they might be different legal entities, this is a case of a distinction without a difference. The specious plea that the network has the highest levels of expertise in regard to the specific area of non-audit work, does not wash. There are, and there would be, other specialist firms unconnected with the audit firm, which are in a position to do justice to the specific non-audit assignment(s). If this network/ firm is perceived to be the best in the business, and the auditee is keen on its engagement for non-audit work, the audit assignment should be discontinued, and assigned to some other audit firm.

The second attribute that has been highlighted in the orders of NFRA is “Professionalism”. Seemingly acting in concert with a delinquent auditee, even if no active collusion is proved, is a questionable act. Turning a blind eye, or being easily persuaded by management, cannot be a feature of a satisfactory auditing process. When prima facie questionable facts emerge, it is not open to the auditor to practice a willing suspension of disbelief. While it is entirely possible that in the three cases which NFRA has pronounced on, the final determination could be in favour of the auditors, it does not take away from the fact that the attributes of “Independence” and “Professionalism” are non-negotiable requirements.

In a later development, NFRA has sought the explanation of an audit firm for resigning from the position of auditor of a listed entity. The reason cited by the auditor, for resignation, is that papers and information that were sought, were not made available, and thereby prevented a proper audit of the entity. NFRA has reportedly sought to know whether this difficulty which is being cited as the reason for resignation, had existed earlier during the course of audit. As the standard setter, it is open to NFRA to raise these issues, but the inescapable thought remains that this could have been left to SEBI, to go into, in the light of SEBI’s detailed instructions relating to the procedure for resignation of auditors.

It is relevant to mention that NFRA came into being as a statutory authority under the Companies Act, 2013, in the light of the unsatisfactory track record of the Institute of Chartered Accountants of India (ICAI), in regard to disciplinary matters. The situation had reached a worrisome stage, prompting the Prime Minister, in his address to members of ICAI, to highlight, with facts and figures, why ICAI’s track record as a disciplinary body left a lot to be desired.

Self-regulation, as has been noticed several times in the past, comes with its own limitations. When an industry body also undertakes the responsibility of self-regulation, there is an inherent conflict that cannot be ignored, no matter what safeguards are put in place. That said, the solution to a problem of the nature which we are being confronted with, could have been best attempted by the representative professional body itself.

It is useful to rewind to the early 1990s, and to remind ourselves that when accounting inadequacies and misrepresentations came to the fore in the United Kingdom, it was not the regulatory body, but the accounting profession, the London Stock Exchange and the Financial Reporting Council (FRC) that together set up the Cadbury Committee on Corporate Governance. It is not too late for ICAI to do a deep dive into what might have gone wrong over the years, and to come up with a comprehensive set of solutions that recreates the trust that stakeholders and society should have in the function of audit.

Smaller firms have perished in the past, without their disappearance having evoked either concern or comment. When bigger entities appear to be on the edge of the precipice, it is useful to recall the Shakespearian observation:

“When beggars die there are no comets seen;
The heavens themselves blaze forth the death of princes.”

Excellence Enablers recently co-hosted a webinar with NSE, on Crisis Management – The Lessons Learnt. This was the first of a three part series – CONVERSATIONS ON CORPORATE GOVERNANCE. For more, click here 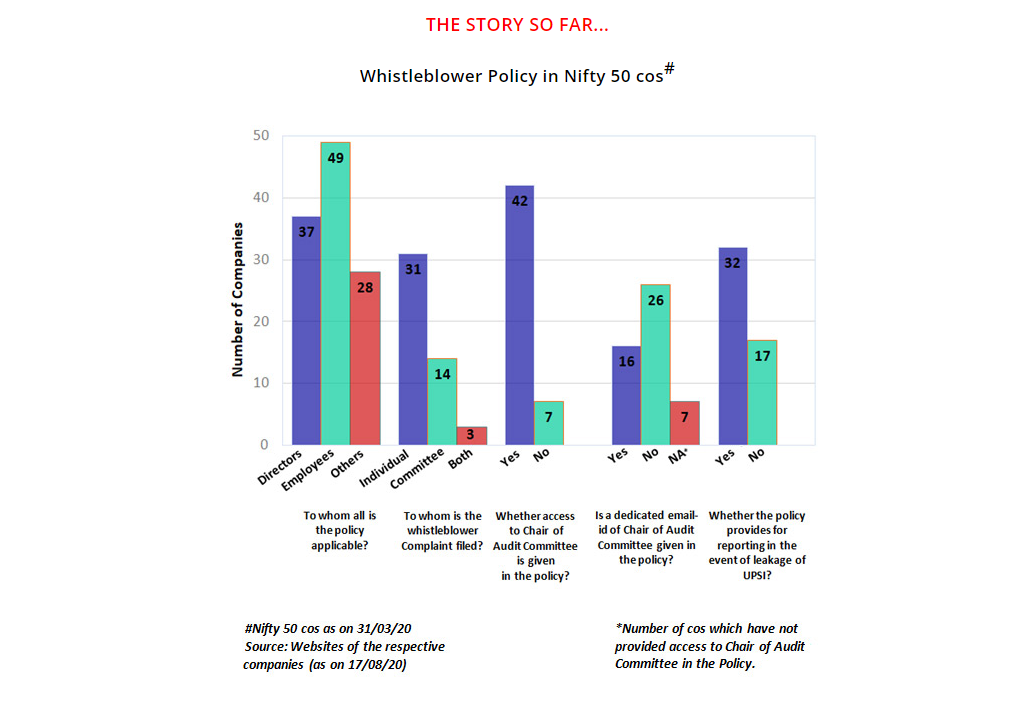 Subodh Bhargava, Former Chairman, Tata Communications
“It is necessary that the regulations are equally applicable and equally enforced in respect of all entities, regardless of the ownership and size.”

RK Nair, Former Member, IRDAI and Former Executive Director, SEBI
“While very large systemically important institutions and intermediaries merit higher levels of capital and solvency in prudential regulatory oversight and supervision, smaller companies and institutions may be given forbearance for 5-10 years with ladders of interventions that incentivize compliance in keeping with the principles of equity.”

S Hajara, Former CMD, Shipping Corporation of India
“It is extremely vital to decide on the objectives of regulation before making them. The matter must be looked at holistically. Sometimes we lose sight of the total picture while framing regulations.”

R Shankar Raman, Whole-time Director and CFO, Larsen and Toubro
“Extensive regulations will make non-compliance an unintended consequence, particularly for those smaller sized entities who are weighed down by the sheer cost of compliance.”